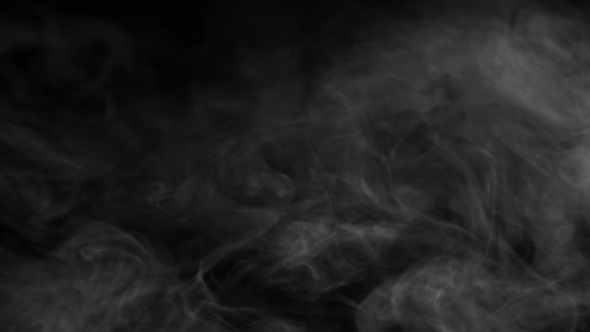 This is the first of what I hope to be many in a mini-series I’m starting today. Congruent with the name of this site, I’m going to begin publishing short stories that haven’t quite reached the second draft yet (i.e. I’m going to be writing by the “seat of my pants” for pleasure and as a creative exercise).

Many of the stories will be snippets from something larger, many will have various characters and story arcs. As a reminder, they are in their infancy stages and there is much work to be done. If you have suggestions for the editing process, please let me know in the comments below! I’m always open to change and in fact, I encourage it heavily here. Not only can this be an exercise for me, but it can be one for you as an editor.

This said, here is the first in the series, entitled “Them”.

He was ten when he started seeing them. Then again, he was ten when he could begin to see anything at all. An unknown disease, the doctors had told his parents. A medical miracle, they proclaimed at his sudden recovery a few years ago.

Though he knew others must look upon him with pity, he was used to the inky black nothingness his eyes produced during his childhood and it comforted him. It served to shield him from seeing the violent images that pervaded his country through the warring years. His parents protected him from what his eyes could not see, but they could not lie about the sounds that bombarded his ears by night. Surely the world was roaring with discontent, he thought by night as his house shook. Warm hands softly found their way to his face soon after, followed by questions and statements. Are you okay? We should go downstairs. Was the raid over? No.

It would be three years until the cease fire and one year after the doctors pronounced his recovery that the shadows began by appearing around the periphery around his newly-found vision. Faceless shapes, too numerous to count. Every time he flicked his eyes in their direction, they faded quickly. It was like trying to steal a glance at a faraway star or planet. Was it a trick? Did everyone see them?

Seasons passed, the shadows began to fade, forgotten in time.

He was eleven when he could begin to feel their cold, rank breath enveloping him by night. Surely they couldn’t be here, he thought. Something so dark, intertwining with the shadows by night and disappearing with the rising sun could only appear in one’s dreams.

They visited only twice that year, never straying from the fringes of his periphery, but he feared their reappearance every night when his parents quietly flicked out his light.

Many months passed without incident, and he began to dismiss their presence as an effect of the war. It was practical and necessary. But on the night of his thirteenth birthday, the shadows came alive once again.

He awoke to a soft rattling. Coldness gripped his chest and a piercing silence engulfed his room. Tightening his eyes shut, he told himself they couldn’t possibly reach him. He was a kid again, comforted by his blindness during the war raids.

Several moments passed into eternity, each muscle in his body tensed so hard they began to tingle.

Only after several minutes did he dare to relax. Easing the tension on one eye, he relinquished control over his body. A murky outline of his room began to appear as his eye adjusted to the darkness. He scanned his eye across the familiar furniture in his room, hands clutching the bed sheet below him feverishly, afraid of the possibility of their return.

Suddenly, he was aware of a haze forming at the corner of his room. Tendrils wound their way up his wall and began to take shape as a disturbing rattling crescendoed in his ears. He slammed his eye shut, scrambled up from his bed, and pressed his body against the wall farthest away from the shadows.

No, no, no, he moaned to himself. It wasn’t possible. He was dreaming.

He forcefully covered his ears to make the horrible rattling disappear, but the sound only became louder. His eyes snapped wide open with fear.

A ghastly face, bone thin, covered in sallow, rotting skin materialized from the depths of the haze that wound its way to the foot of his bed. Blue veins stretched across its translucent skin and colorful bruises amassing where cheekbones and a nose should’ve been. At least thirty more faces appeared behind the leader in front of them, their shadowy cloaks churning up from the ground.

The creature directly in front of him crawled closer, gripping his bedpost. He was aware of the temperature in his room plunging several degrees. The creature’s mouth lay open, grotesque, dripping with something dark and sticky. It should’ve had eyes, but where they would’ve belonged, skin stretched like a blank canvas over its wretched eye sockets. He tried scrambling away, his scream unable to form. He could not move.

He heard their sickening rattle reverberating around the room, echoing loudest from the depths of the shadow’s throat that crouched inches in front of him. Its head twitched to the left at an impossible angle and the croaking ceased.