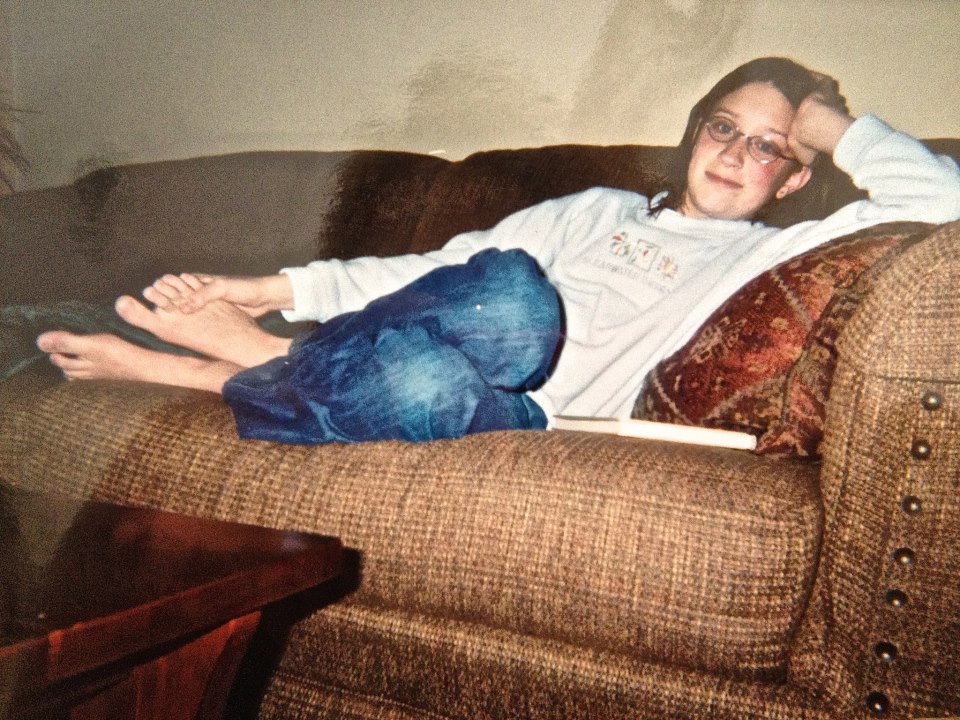 I’m really not sure how to approach this post but I’ve sat down about to write it nearly four times. I figured I’d just YOLO this time- which kinda scares me because my last post was me like *dropping the mic* on your butt and now I have no idea where this is going to go.

So about my personal journey <3, y’all know if you follow me on Twitter that I am so passionately in love with Taco Bell that I created a whole different Twitter account that keeps you peasants in the know as to if I got TBell yet. Most of the tweets say “no” but there are at least three times recorded where I say “hell yeah” or just proceed to take a crappy-quality flash of pic of a plastic bag filled with quesadillas, potato soft tacos, and nothing short of fifteen mild sauces.

As you also may know, pretty much every time I’ve tweeted from that account I’m also a wine bottle into a ❤ girl’s night <3.

It’s no wonder my dumb butt gained about ten pounds my last semester at school. The combination of eating either so incredibly healthy then going insane and binge eating fast food and drinking no less than 4 bottles of wine per week did nothing good for me. To make matters worse, I decided to boycott exercising about a month after getting to school.

I had gotten back into my old pattern of feeling like crap if I didn’t nearly pass out from working out. I tried yoga but felt like it was just replacing lifting and not giving me enough cardio. I wanted to like it, but felt guilty unless I was doing a 3 mile warm up followed by sprints and a half an hour of abs. Truth be told, I would have been better off just doing yoga four times a week than exercising intensely for a week straight then doing nothing for the next month.

As I’m sure many of you girls do as well, I constantly find myself looking back on my high school pictures and wishing I could be that skinny again. Comparing my eighteen-year-old self to my current body is nothing short of embarrassing. College athletics changed me from thin to holy effin’ balls I’m only benching 80 pounds but how come my arms seem thick as hell? As I’m looking at these comparison pics below, however, I realize I look completely unhealthy as a high school senior. If you read my last post, you know I had a somewhat rough senior year in high school when my best friend left for college. I was limiting myself to under 1,000 calories per day and constantly feeling lightheaded was the norm. At the time I don’t think I was doing it for the “looks” as much as I doing it as a cry for attention at my friend. It didn’t work and she ultimately didn’t care. 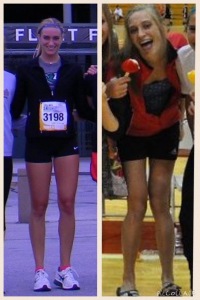 Here’s a really crappy Pic Collage of me (on the left) as a junior in college and (on the right) my senior year of high school. Lifting and working out a lot had me gaining muscle which kind of scared me.

But anyway, point in check, I was unhealthy at the time but couldn’t help but wish I had that body again. Seeing models and celebrities like Candice Swanepoel, Gisele Bundchen, Karlie Kloss, Taylor Swift, and Martha Hunt convinced me that unless my thighs were as thick as my calves, I was completely undesirable.

It’s terrible to watch myself (and other girls that I know) realize that they are being manipulated by magazines/television/movies but yet still want to look that way regardless. To this day, I refuse to even think about dating someone unless I lose twenty pounds, get rock hard abs, and have legs like Gisele (this is clearly a maladaptive thought but still persists in my mind regardless). I’m well aware that guys don’t all want a girl who looks like Kendall Jenner, but still struggle with believing it 100%. I am a direct result of the media and I’m sure I’m not alone on this.

So now that I’ve whined your ear off about my life, I’d like to try and solve this problem. I mean, if you made it this far in this post I might as well make it worth your while, right?

Right. So here’s a limerick about McNuggets.

I’ve been doing some thinking about how to be happy in regard to myself physically.

The thought of making exercise my entire life and consuming a huge portion of my day makes me nauseous. I’ve already spent four years of my life dedicated to busting my ass for sprints, chasing and diving after a loose volleyball, and making all kinds of mad gains brah in the weight room. I don’t need to spend the rest of my life working out for that long per day. I’d rather do hoodrat stuff with my friends. So instead, I like to think that the energy I used to put into working out as an athlete can be used to instead be more conscious of what I eat. Not obsessive, but more conscious.

To add, working out intensely for only thirty minutes per day is completely acceptable as is walking at a moderate pace for an hour. I don’t need to be doing sprints for heaven’s sake. I would probably bust out a knee.

And last but most importantly, as soon as I say I should do something or I must do something I will realize I’m thinking in absolutes– a problematic thinking pattern. I just went all CBT (cognitive behavioral therapy) on you, but hear me out. Saying things like, “I should go do twenty sprints” or “I must go out and run or I’m a complete fat ass” lead to guilt for what you didn’t do. Adding flexibility to my daily routine and being forgiving of myself has added a new element of happiness to my life. Who cares if I didn’t run frickin’ five miles today- it doesn’t make me any more or any less of a person.

Happiness for me doesn’t directly stem from simply working out. My happiness more often comes from me accepting my best effort (which is sometimes just getting my ass to the gym) and making healthier choices but not obsessing over it. I’m a lot happier doing a moderate workout than burning 1,000 calories and feeling like a bag of dicks because I’m so tired. This may not work for you, but it’s what has been kinda working for me lately. Maybe it would work for you. Who knows. But here, I’ll put things in perspective quick:

Your body is a wonderful chunk of flesh that is capable of doing a lot of cool crap if you let it. But that is essentially what it is- a chunk of flesh. Even though I gained a solid ten pounds (and definitely not in muscle) this past semester, none of my friends stopped talking to me. They still appeared to like me. Most people, I’ve learned, are comfortable around me when I’m comfortable around me. So even though I do not look like Alessandra Ambrosio in a bikini, if I act accepting of whatever is deemed not as desirable by the media, my friends have accepted me as well (if they aren’t complete shitheads, which if this is the case, your friends suck and you should work to change that because everyone deserves great friends).

All in all, even though the media makes a huuuuuge ass deal over how important having a great body is, I like to think that I’m more than that chunk of flesh. If you work your butt off for a great body, good for you. Be proud of yourself. If you don’t give a damn about working out, all the power to you. It doesn’t make you any less of a person. It may cause you to get heart disease later in life, but hey, who are we to judge?

So I hope this kind of gives you a perspective on things or gives you a chance to delve into the deep complexities of my brain on a daily basis (lolz just kidding, I mainly think about tacos and trying to remember where I put my darned car keys- little bugger seems to always run away from me!!).

But this is what I thought, when I thought it. Ten years from now I may disagree, but this is what gets me through life right now. I’m a work in progress and can offer you no for sure “answers”, but hopefully I’ve made you think a little about yourself and how you handle the issue of body image!

And here’s that limerick on McNuggets:

There once was a chicken who said,

Three minutes passed and a snore

Then a chop and no more

“A McNugget!” a gleeful Hov said

~inspired by McDonald’s and Edward Lear’s Book Of Nonsense